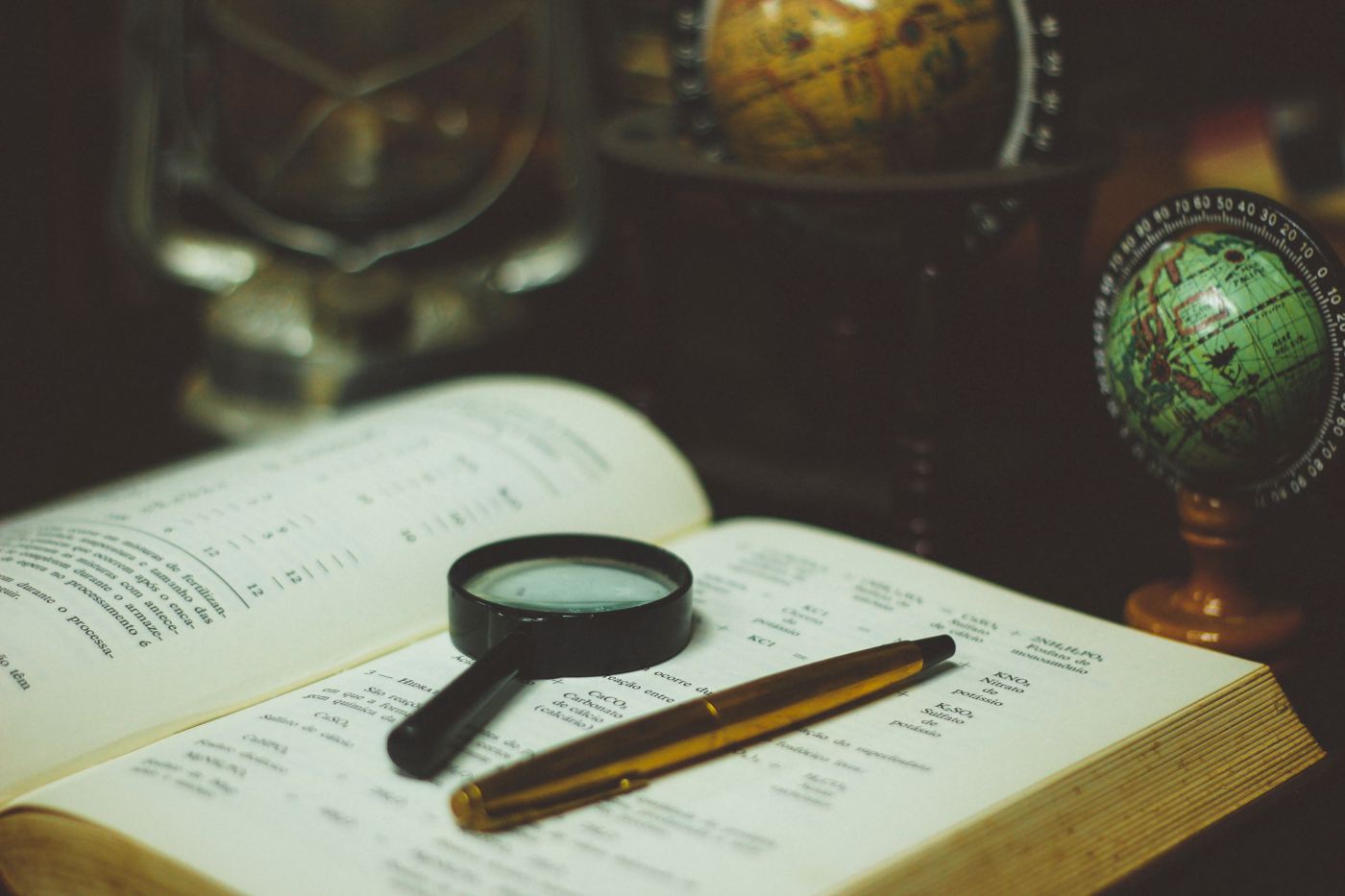 It’s been a few months since my last recommendation. In that time, I met my delectable new niece and changed approximately 40 diapers in my week and a half in Virginia. I reunited with two of my favorite people on this planet and almost combusted with joy in the middle of a farm in Maryland. I toiled away on my novel, which is somehow both a nightmarish bloodbath yet still in better shape than it has ever been in the almost seven years since I first dreamt of its premise. I’ve discovered the joys and perils of homeownership, and have had multiple conversations with my husband about the consequences of DIY culture. And thanks to residual arthritic pain from a cactus puncture last November, I have joined millions of Americans in becoming completely disillusioned over our colossal failure of a healthcare system. Basically, I’ve been living life, a multitudinous, complex life, full of despair and triumph and new life and the mundane, as all of you have.

Thankfully, through these vexing and exciting times, I’ve also been reading, and have discovered a shining beacon of glory to lead me through my precarious adulthood: Sherry Thomas. I first heard about Sherry Thomas on Instagram, where Roshani Chokshi spotlighted one of her favorite novels on her Stories. Three books later, I was utterly drunk on her powerfully lyrical prose and her commitment to nuanced characters, and am officially a Sherry Thomas stan for LIFE.

A Study in Scarlet Women is the first in her gender-bent Lady Sherlock series, in which Sherlock Holmes is actually the pseudonym for Charlotte Holmes, a woman who has fallen from society in her attempt to escape the confines of traditional, Victorian life. I’ve written before about how I always find myself reading exactly what I need to be reading at a given moment. And this summer, as I alternatively pushed and danced through a myriad of life experiences, Thomas reminded me with her incomparable beginning to Charlotte Holmes’s life as Sherlock Holmes that we all have shit going on, good shit, bad shit, mundane shit, and that all of it is necessary for an abundantly textured life.

The Mystery of Charlotte Holmes

Every good story is, at its core, a mystery, because readers are always subconsciously trying to figure something out. Sometimes it’s the ending, or how two lovers are finally going to get over themselves and get it on, or what motivated the character to do something. Sherry Thomas is a master storyteller, because A Study in Scarlet Women is ostensibly a mystery about murder, and whether one person is responsible for the murder of three different individuals at different times and locations. But I found myself solving a completely unexpected mystery while reading this story: the mystery of Charlotte Holmes.

Arthur Conan Doyle’s original stories about the consulting detective Sherlock Holmes are told through the eyes of his doctor sidekick, John Watson. In A Study in Scarlet Women, Thomas broadens the outside perspective into Holmes’ adventures by using third person multi-POV. Readers are able to enter the minds of not just one character but several, including two characters whose untimely deaths comprise the mystery Charlotte Holmes undertakes. We even get to step into the mind of the great detective herself, but this happens at almost 60 pages into the narrative. Until that point, all of the other characters are thinking about Charlotte Holmes and what she’s done to fall from society, and readers get an almost clinical observation of the main character before she ever shares her opinion and worldview with us. It’s an ingenious, subtle choice to witness Charlotte Holmes as an outsider in all her oddities before entering her interior world, and it connects to Thomas’s larger objective – layering Doyle’s stories with the added complication of Holmes’s gender.

Sherlock Holmes has always been a fascinating character, an alien in almost every situation thanks to his genius mind and seeming lack of emotional connectivity. He has also always been a cisgender man. I classified A Study in Scarlet Women as “gender-bent”, but the phrase may suggest that Sherry Thomas incurs one small change in the world of Sherlock Holmes. This couldn’t be further from the truth, because in reality, Thomas wrenches apart our entire understanding of the consulting detective with this one change.

Thomas keeps Holmes’s personality and genius the same in her book, but by bestowing those traits on a woman, they’re not just eccentricities that other characters might find slightly amusing or puzzling. They become debilitating afflictions, capable of ostracizing said woman from society. Even before she loses her social standing and officially assumes the male moniker of Sherlock Holmes, Charlotte Holmes is aware of the complicatedness of her character, and literally molds herself into a woman who appears to be the epitome of femininity, complete with womanly curves, a dedication to colorful fashion, and a carefully polite demeanor. It’s all a sham, of course, but Sherlock Holmes as a man would never have to go to such lengths to simply exist. Simply put, Sherry Thomas understands that it is impossible to extricate a person from their experiences, especially the ones inflicted on them because of their gender or race. Charlotte Holmes contends with the fact of her gender on every page, because it constantly collides with the life she wants to lead and the personas she chooses to don according to the social situation.

We All Have a Ton of Shit Going On, All The Time

A good indicator of a strong, well thought-out novel is how developed the secondary characters are. This includes ensuring that characters who belong to marginalized communities do not exist merely to support the main character’s journey, and who don’t have any growth of their own over the course of a novel. Secondary characters can’t trump the main story, at risk of becoming more interesting than the main character (i.e. Inigo Montoya in The Princess Bride), but they have to have their own shit going on, because that’s real life.

Not only does Sherry Thomas ensure that her main character is complicated and thoroughly real, she gives her secondary characters the space to breathe and inhabit truly complex lives as well. She doesn’t reduce them to tropes that can be summed up in one word. Charlotte Holmes’s new friend Mrs. Watson isn’t a mere sidekick – she’s a wealthy woman who is still grieving the loss of her husband, an outsider on the lookout for a companion who understands her unorthodox ways. I particularly enjoyed Inspector Treadles, a happily married man who begins his journey in this book believing deeply in the social mores of the Victorian era, especially the expectations conferred to women of the age. In my mind, he acts at times as a surrogate for the audience, in awe of Holmes’s abilities and wondering who the man behind the name actually is. But in Thomas’s deft hands, he evolves beyond that trope and slowly and realistically comes to terms with the idea that he might not understand women at all, even the wife he adores. These characters and their lives revolve around Charlotte Holmes and her attempts to unravel three murders, but their orbits aren’t fixed. They are struggling with life and experiencing joy, heartbreak, and true, internal change outside of Charlotte’s immediate world. Sherry Thomas incorporates all of these experiences into a sharply told story in some of the most beautiful prose I’ve ever read.

There’s no shortage of things to love about A Study in Scarlet Women. Sherry Thomas upends the traditional Sherlock Holmes adaptation with her brilliant commentary on gender, and her wonderfully human characters will remind us that even though we may feel like a sidekick sometimes, we all deserve to be the protagonist of our own stories. Read this book and then its three (!) sequels, and come yell about it with me!